A Guide to Saving Your Relationship from Criticism: Identifying and Eliminating the First of the Four Horsemen

Wouldn’t it be nice to have a crystal ball that could predict divorce or separation from a partner? Believe it or not, Gottman’s research has been able to demonstrate with over 90% accuracy that using certain behaviors can predict divorce. The Gottman Method identifies these as four specific behaviors that can destroy relationships, and named them the Four Horsemen of the Apocalypse: criticism, defensiveness, contempt, and stonewalling. Let’s take a deep dive into the first one of these – criticism.

Criticism is the first of four horsemen because it usually happens first in a conversation. Unfortunately, if you start a conversation with a critical statement toward your partner, it is pretty likely that the conversation will not end well, and in fact, research has demonstrated that the first three minutes of a conversation can actually predict whether that discussion will end well and if the overall relationship will go well.

Criticism can show up in many different ways, and being able to identify criticism when it happens is the first step in being able to eliminate it from your conversation. Criticism is not a complaint. A complaint is normally about a specific issue, whereas criticism is an attack on a person’s character. A complaint can look like, “I was frustrated when I came home and saw that you hadn’t vacuumed. I thought we had agreed that you would vacuum on the first of each month?”. Whereas a criticism would look like, “You never vacuum or do anything in the house, you are just selfish”.

Criticism can often show up when you use exaggeration in a sentence, which can be “all the time”, “always”, “never”. It is common to utilize these phrases when you are feeling frustrated or overwhelmed. However, what typically happens is that your partner then hears that something is actually wrong with them, and they will then rack their brain to provide a counter argument to your exaggeration. For instance, if you criticize your partner by telling them that they never vacuum in the house, they will quickly be able to identify the one time in the last month that they vacuumed and will state it in order to defend their character. This will only lead you to feeling even more frustrated and upset.

Criticism can also show up when you use a “should” statement. For instance, continuing on the example of vacuuming, an example is “You should have known that I wanted the vacuuming to get done”. This can lead your partner to feeling as though there is something inherently wrong with them and to feeling judged.

Criticism can often be a disguised desire. What this means is that it is usually a negative statement of an actual need that you have. It is the difference between saying “You never do this” but actually meaning “I wish that you would do this”.

Criticism can often follow “why” questions. Obviously, not every time you ask a “why” question are you expressing criticism. However, if you are already in a pretty negative place in your relationship, asking a “why” question can be taken as critical in nature, and your partner may interpret it as there being something wrong with them. Finally, if you are using name-calling or teasing, that is almost always criticism.

The Antidote to Criticism

So now that we’ve been able to identify criticism in a conversation, what do we do about it? Well, luckily there is an antidote for each of the four horsemen. For criticism, the antidote is called, Gentle Start-Up.

The first thing to understand is that behind each criticism, there is usually a harder emotion, such as anger and resentment. Behind that hard emotion, there is often a softer emotion, such as hurt, disappointment, or fear. These softer emotions are more vulnerable emotions that are often easier for your partner to hear and respond to. The idea behind Gentle Start-Up is to rephrase these harsher emotions in terms of more vulnerable emotions, so that we go from a Harsh Start-Up to a Gentle Start-Up.

How to do a Gentle Start-Up

In summary, the Gentle Start-Up has the overall outline of, “I feel …. (about what), I need”, while being polite and providing appreciation.

Examples of Harsh Start-Up versus a Gentle Start-Up

Example: You are frustrated because your partner never does any chores.

Harsh Start-Up: You never do anything in the house and I am tired of having to do all of the housework.

Gentle Start-Up: I am feeling very exhausted from cleaning the kitchen. It would be really appreciated if you could help with the dishes tonight.

Example: You want to spend more one on one time with your partner on days off from work.

Harsh Start-Up: You are a jerk because you always prioritize your work over me and spend every day working.

Gentle Start-Up: I am feeling a bit lonely and would love to spend more time with you on our next day off. Could we go see this movie?

Example: Your partner is notorious for running behind and being late for important events.

Gentle Start-Up: I’m feeling a little hurt that we are running late for this meeting. It’s really important to me that we make a good impression and get there on time.

Example: You would love more physical touch from your partner.

Harsh Start-Up: You never kiss me.

Gentle Start-Up: It really meant a lot to me when you kissed me before going to work the other day. I would be so grateful if we could do that more often.

What if my relationship needs more support?

If you would like more support on how to identify the four horsemen and strengthen your relationship, please reach out to me, Dr. Hannah Gilfix. Using the Gottman Method, I can work with you and your partner to strengthen and rebuild the friendship in your relationship, learn how to use more effective communication strategies, and learn how to handle conflicts that seem to never go away.

Addressing and Eliminating the Biggest Predictor of Divorce: Understanding the Third Horseman “Contempt” 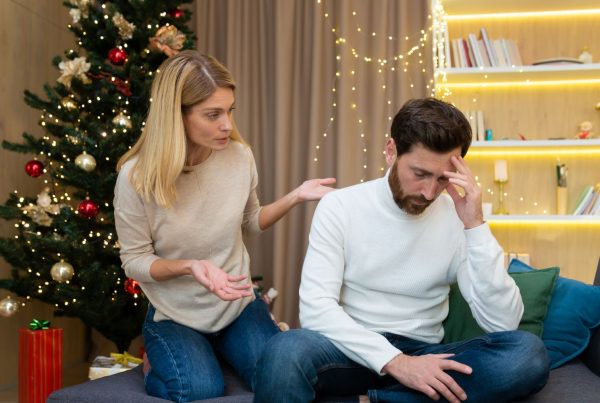 How to Strengthen Your Relationship During the Holidays: Using the Gottman Method 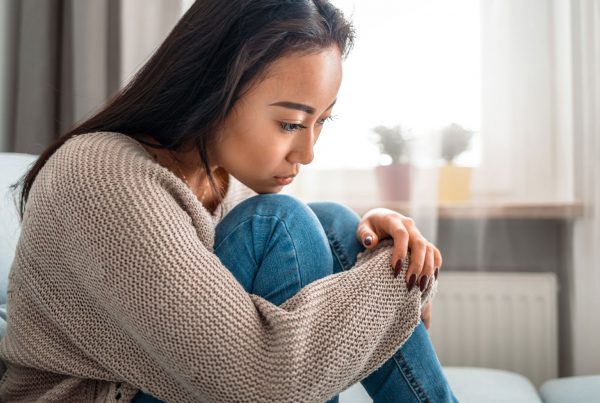